Having gone to the last several Houston Art Car Parades I have always wanted to do one. One art car feature I have not seen much of are LEDs. Mainly because up until recently they have not been bright enough to show up in the daylight of parade time. I have played around with LEDs for a while now and in the last couple of years the light output has skyrocketed and the prices fallen. Another overlooked aspect of make lights seen is to use a fogger, like at a night club/rock show.

My art car idea is to do a tribute to Close Encounters of the Third Kind with Devil's Tower forming on top of the hood. The top of the mountain would be high enough not to allow visabilty inside it because hidden inside is the alien's mothership all LED lit up that would rise from inside the mountain up with fog/smoke/lights eminating from inside the mountain. On some computer command, the ship would go into the classic 5 note sequence: "Re, Mi, Do, Do, So" as it tries to communicate (yes, I looked up the proper notes).
The car itself would modifed to replace the headlights with servo acuated high power RGB LEDs that would be programmed to follow the music blasting beat either up/down or right/left. Behind each wheel and under the car are high power LEDs that run constantly at either off, 50%, or occasional 100% (for music beat). The tail lights would be replaced with a focused red beam high power LED or multiple LEDs somehow rotating. Cooling each tail light LED would be a computer fan blowing thru a tube like thing that has red/yellow flame silk that would move in the wind and look like fire plus the bright LED for efect of a rocket engine. Both hood and truck panels of car are removed. The truck portion open would allow sound/sub/music to escape. The hood would allow fog effect to come thru. Fog effect is spraying glycerin/water mixture sprayed on hot exhaust of car front to back causing entire car to fog up thru open engine, sides, and back. Experamination required to see if fans required to move fog out. The LEDs would play the famous tune to the moter ship as well as go with the music beat.

The project is divided into three parts: Devil's tower on the car, the mothership, and modifing the car for bright LEDs and fog. 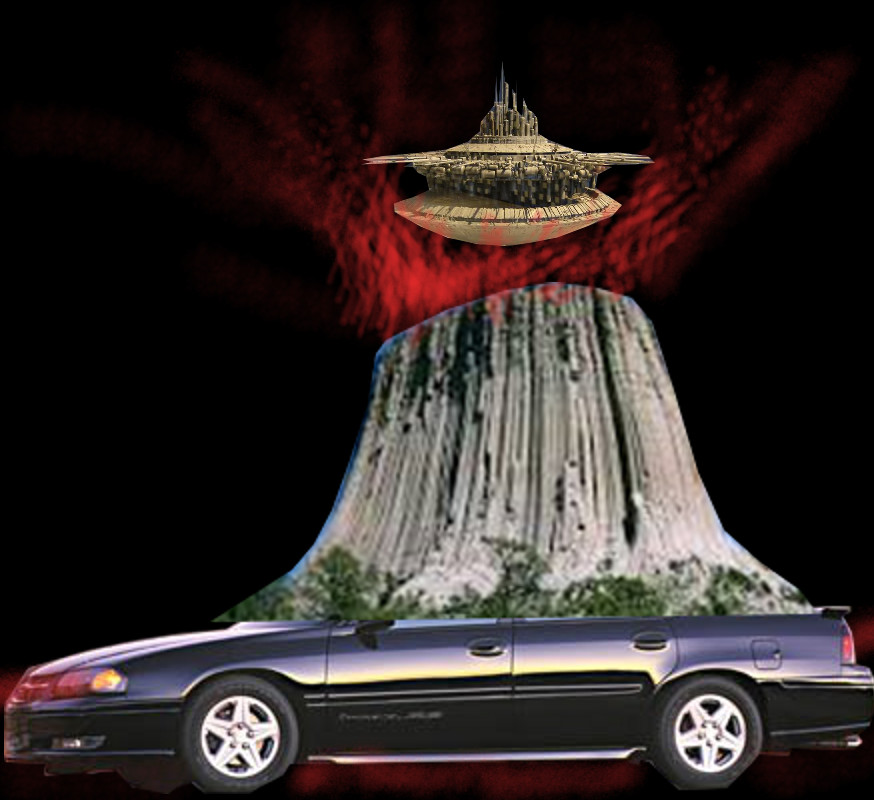 Lost one of the two auctions for 5M strip of red LED. The waterproof versions run around $10-$13, the one I lost was $6.25. So roughly 1/2 off if you are willing to play the auction wait game. I'll take my time and try to get as much as possible this way to save money. Futher ideas on the tail light rocket/jet engine idea. How about sparks coming out the end via an automatic way of generating them using one of those Survival Magnesium Flint Stone Fire Starters (less than $2 ebay/china). Wouldn't it be cool to have sparks coming out the exhaust of my faux rocket engines!? I thought about a grinding wheel and metal pressed on it via a spring, but I'd hate to have hot pieces of metal go flying (and catch on fire). I'd also have to be carefull of the magensium/flint devices as well. But with enough mist/smoke I hope I'm safe. 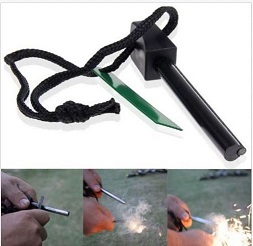 Waiting on China for: red/blue EL (electroluminescent) lighting, multiple 100W LEDs of various colors plus example 12v converters to drive them and PWM (aka dimmer) controller as well as a lens. Also 30M worth of RGB (red, green, blue) lighting on sale I could not pass up. Not as bright as I wanted, nor as color changing (more like light sequence/dancing which is OK).
New design idea today coming in to work for tail light "rocket/jet engine". Picture a 3" diameter PVC with rings of red LEDs around it across its length each ring addressable by computer so as to make movement horizontally to simulate the jet/rocket action. Covering and difussing these LED and PVC tube would be another translucent tube over it allowing the light to shine thru disfussed like and very SciFi. Maybe use the shiny HD paltters stacked spaced a few inches apart for a futuristic SciFi look.
Also attempting to get more stuff on the cheap via ebay auction (low bidding) instead of buy it now. Currently trying for 5M lengths of red 5050 LED waterproof strips instead of paying the around $12 buy it now. Also decided on Beaglebone Black as my computer light controller with available multi PWM boards to control/dim the LEDs.

Rethought mother ship contruction going from fiberglass to umbrella w/paper mache' to found plastic material that once was a chair mat.


April 18, 2015: Umbrella idea not working out because removing shade the metal spokes straighten out and lose the curved cone shape I'm looking for. Did more reading and decided to use paper Mache instead of fiberglass both from a cost perspective, nasty to work with and might become too heavy. Paper mache is cheap made from white glue and paper. It also can be covered to make waterproof. I can also mix up a thicker layar with TP paper, which dissolves eaiser, to make the relief layer I'm wanting. I'm also wondering about other materials with the paper mache. Like wht would sparkles do inside trnaslucent covering when light hits them? I can also make the curve cone shape out of a stuffed plastic trash bag pushed down and made even to be my mold for the paper mache. So off to craft store to get some supplies as well as grabbing some glycerin for the fog expermiments.

April 17, 2015: Plan on experimenting with two things: 1) Fiberglass an old umbrella after using thin wire from old HD motors to create web to hold cloth. 2) Stop by drugstore and buy spray bottle (if I can find one reasonably) and some glycerin and see what it and different ratios of water does when I spray it (by hand) onto hot muffler. How much and how long does the smoke last are my questions (besides seeing if it works at all).